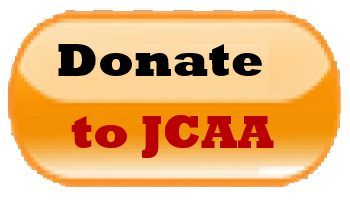 This study was undertaken to determine levels of release mortality under recreational fishing conditions and, through tank experiments, to determine what factors might significantly contribute to such mortality. The project involved use of a large-scale, outside, flow-through tank system to conduct hooking experiments as well as field fishing trials involving catching flounder from private boats (drift fishing using live-fresh bait). In addition, a survey was made of anglers at various recreational fishing shows and fishery meetings concerning flounder fishing practices, perceptions of release mortality levels, and major factors contributing to such mortalities. The study was carried out principally at the Virginia Institute of Marine Science Wachapreague Laboratory on the seaside of Virginia's Eastern Shore. Fish were collected in the Wachapreague Inlet area for tank experiments, while field fishing trials were conducted in the same area as well as inside Chesapeake Bay off the town of Cape Charles.

Tank experiments evaluated the effects of hook wound location, degree of bleeding, and fish size on release mortality. Additionally, angling practices such as crimping hook barbs, cutting leaders in deeply hooked fish, and using different shape hooks were examined to determine whether such practices could be demonstrated to reduce mortalities in released
flounder. Fish used for the tank trials were caught by a small trawl net, transported in aerated live wells to flow-through, laboratory tanks, acclimated to the tank, and fed regularly. Tank-held fish were then systematically caught on hook and line using live bait, the hooking data recorded, and the fish were released back into the tank. To increase sample
sizes to make comparisons among hooking treatments, extended hook setting delay periods were used whereby fish were given slack line for 30-45 seconds after taking a baited hook. Post-release observation periods for four tank experiments ranged from 7-21 days, and experimental water temperatures ranged from 15-24'C (59-75'F).

The only factor consistently observed to impact release mortality in the tank experiments was deep hooking of fish (hooks lodging in the esophagus, gills, or deep mouth-tongue area). Deep-hooked flounder accounted for 95% of the mortalities in the tank experiments. Of the dying fish, 76% were hooked in the esophagus, 16% in the gills, and 8% in the deep mouth-tongue
area. Mortality rates for fish hooked in the referenced wound areas were 42%, 29%, and 12%, respectively. Hook wound location was the only variable which significantly affected mortality in all tank experiments. Factors such as water temperature, fish size, crimping hook barbs, and using wide gap hooks were not demonstrated to significantly affect mortality. While also not statistically proven to reduce mortality, cutting leaders and leaving the hooks in deep-hooked fish, especially those hooked in the esophagus, showed potential for lowering release mortality.

Knowing the number of deephooked fish in each field trial, a projected mortality rate for each trial was estimated using mortality rates of deep-hooked fish in the tank experiments. This estimate was considered to be relatively conservative, since tank-held fish were likely subjected to more stress than fish caught under natural conditions. The projected
mortality was weighted to account for the fact that 7% of the fish dying in the live wells were not deep-hooked. The projected-weighted mean mortality values for the field trials ranged from 5-16%, with the overall projected mean mortality for the trials equal to 6% (N=12,95% CI=4-9%).

Therefore, mean release mortality estimates in this study ranged from 6% (field trials) to I I% (tank experiments). This level of mortality is supported by additional work conducted on flounder during the summer of 1997 in New York. Flounder caught aboard a party boat, maintained in aerated containers, then held for 72 hours in submerged cages, exhibited a release mortality rate of 12% (N=124 fish).

Estimated mortality rates observed in tank and field trials were considerably lower than the 25% release mortality rate currently used in the Fishery Management Plan for Summer Flounder. If the intent of the plan is to use a release mortality rate that reflects actual mortality under natural fishing conditions, the current rate seems conservative. It would be of interest for the MAFMC and ASMFC to evaluate effects, if any, of lower release mortality rates on annual recreational flounder catch estimates as well as size and bag limits established for achieving targeted levels of fishing mortality.